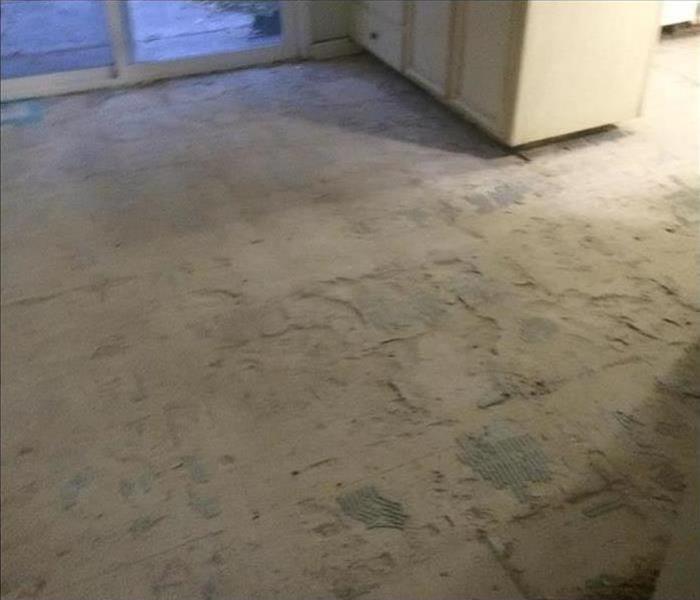 The ruptured water supply line from the dishwasher flooded this Jacksonville kitchen and the adjacent rooms with some standing water. Our SERVPRO team suctioned off the liquid and set up air movers and an LGR low-grain dehumidifier to capture and condense the water vapor. Restoring a standard Relative Humidity protects contents from secondary water damage. We removed kick toes to salvage the cabinetry with rapid drying. Unfortunately, the grout allowed water seepage that lifted several as the adhesion failed. The After Photo depicts the subfloor ready for scraping before new flooring can be installed. We worked hard to salvage most of the contents and assemblies and can now build back to make it appear "Like it never even happened."

View More Before & After Photos